Leading the cast, John Bellemer’s Sali was an attractive presence both vocally and dramatically. His is a technique that leaves nothing to chance, finishing and finessing each phrase with great attention. A lovely open top register brings colour to the more impassioned moments, and he balanced a convincing sense of youthful uncertainty with a mature delivery.
[A Village Romeo and Juliet – Wexford Festival]

John Bellemer as Macduff … [gives a] superlative performance that serve[s] as a moral compass to the actions of the usurper of Macbeth. Macduff … is a creature of revenge for the sake of the greater good, and Bellemer imparts a well-placed sadness.
[Macbeth – Vancouver Opera]

“His is a technique that leaves nothing to chance,

finishing and finessing each phrase with great attention.”

Possessed of a voice the New York Times calls “clarion-toned”, the American tenor John Bellemer has gained a reputation for his strong portrayals in a wide range of repertoire. Bellemer has appeared in leading roles at opera houses across North America and Europe and was featured as Gounod’s Faust in the Academy Award-nominated film Lincoln.

In the 2020-2021 season, Bellemer was to have made his debut with Teatro Communale di Bologna in Haydn’s Die Schöpfung; and with the Atlanta Master Chorale in Beethoven’s Missa Solemnis which were either canceled or postponed due to COVID-19.

Engagements in recent seasons have included include Nadir in Les Pêcheurs de Perles with North Carolina Opera; Duca in Rigoletto with Michigan Opera Theater; featured artist with the Salt Bay Chamber Festival, and concert performances of Beethoven’s Mass in C and Verdi’s Requiem. Bellemer made debuts with Teatro Reggio Torino as both the tenor soloist in Orff’s Carmina Burana and the Evangelist in the world premiere of Newton’s St. Matthew Passion. He was Lysander in Hawaii Opera’s production of Britten’s A Midsummer Night’s Dream; Peter Quint in Britten’s The Turn of the Screw in China (Beijing); and Steuermann in Der fliegende Holländer with Austin Opera. He returned to Wexford Festival Opera as Gabriele in Foroni’s Cristina, Regina di Svezia; and to the Berkshire Choral Festival as Gerontius in Elgar’s The Dream of Gerontius and Britten’s Spring Symphony; and performed Toni in Henze’s Elegy for Young Lovers at Venice’s Teatro la Fenice.

Bellemer has performed with the Chamber Music Society of Lincoln Center works by Schubert, Schumann and Brahms; at Florence’s Maggio Musicale in the The Rape of Lucretia; with Florida Grand Opera as Alfredo in La Traviata; as Nebuchadnezzar in Britten’s The Burning Fiery Furnace and as Herold in the world premiere of Grassl’s Tassilo with Festival Mattseer Diabelli Sommer in Austria; at the Buxton Festival as Riccardo in Donizetti’s Maria di Rohan; and with Boston Lyric Opera as Don Ottavio in Don Giovanni as well as Sandy/Officer One in Davies’ The Lighthouse.

In addition to his appearance in Steven Spielberg’s Lincoln, Bellemer has appeared on stage in productions led by film directors Werner Herzog and Sanjay Leela Bhansali.

Bellemer began choral singing as a young child and continued throughout his school years, eventually choosing to study voice over medicine at James Madison University where he received his Bachelor of Music degree. He went on to complete his master’s degree in music at the University of Illinois.

Bellemer has always derived a joy from singing that is evident to his audiences around the world for whom he has sung throughout his distinguished career. “As long as I continue to grow as a performer and a person and as long as the joy continues,” Bellemer says, “I hope to be singing for a very long time.”

Bellemer lives in New York with his wife, Sarah Blaze and their two Parson Russell Terriers.

Scroll Through the Frames Below to learn more…

Opera productions in Korea (Seoul), and China (Beijing and Shanghai). 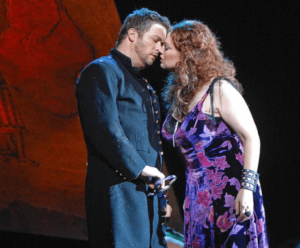 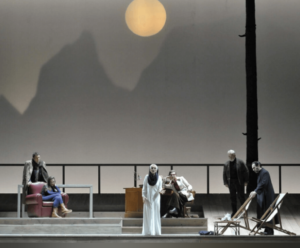 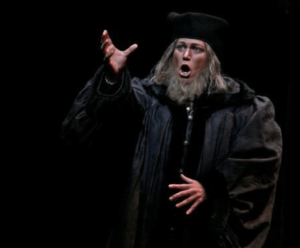 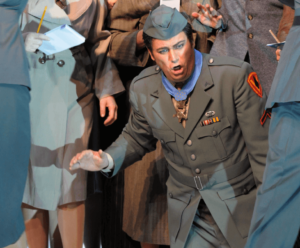 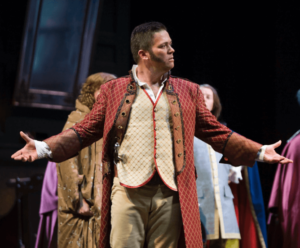 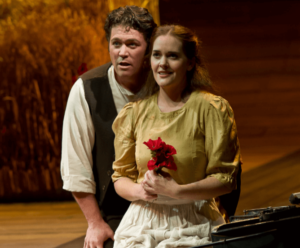 Europe (outside of Italy)